From story to history

What better words to convey to our customers the importance of our past and solid foundation, on which Salvadori has built a company which abides by its principles and values, and which looks to the future with an ever greater awareness, strong due to the link it has with its past.

We are pleased to introduce our story… La Salvadori S.p.A

We are in 1857, in Venice. It is a magical city shrouded in mystery, and which escapes reality to hide in his dark canals, among the many Istrian stone bridges and the ancient buildings, silent witnesses to centuries of history. It is here, with the far away smells of spices from the orient, a place of exchange and of forest people, in the prestigious Saint Mark’s haberdashery, that the first Salvadori shop was founded. It was a corner shop, characterized by large wooden windows. 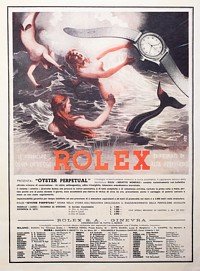 On the entrance, the phrase, “The happy hours are those that are to come” was engraved in gold accompanied by an hourglass. It is a phrase which almost makes you think that it was written during the war as a good omen for the years to come. At the time, you could only buy watches in this fascinating shop. Cute little bedside and travel alarm clocks, typical of those years, as well as grandfather clocks and wall clocks. Among these precious timepieces, some of the most famous brands which later became part of the Salvadori, were already included. Inside the store a column, embellished with a floral capital, held a 24-karat gold hand-painted ceiling, depicting the gears of watch movements, including charging springs, balance wheels and barrels… There is some Rolex advertising material, from those years, in which the name Salvadori appears, among official dealers. The magnificent advertisements were associated with a slogan or texts in colourful designs. 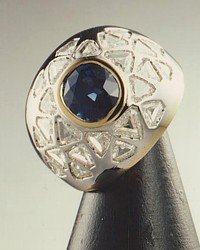 However, it is only thanks to passion and, in a way, to Gabriele Pendini’s vocation for gemstones (President of the company), that Salvadori became a tangible expression of high quality and sophisticated jewellery. The experience and the uniqueness of his work comes from the fact that he always travels to place where the precious stones are purchased. For example, to buy emeralds, he goes to Colombia, to Muzo, Chivor and Cosquez. This is where the most important mines in the world are. For high quality rubies and sapphires, he goes to Thailand.

Gabriele Pendini is a member of the most important world Diamond Bourses, Antwerp and Tel Aviv, and this allows him to buy or sell diamonds freely. In the Diamond Bourses, trading occurs “on demand” due to non-uniformity of the goods handled. In fact, diamonds are always physically present so that they can be examined during the negotiations that are often finalised with very high figures, with a simple handshake and the word “Mazal”. This word, from the Hebrew word for “good luck”, is used by everyone, irrespective of their religion. The rules to be eligible for membership of a Bourse, differs depeding on which one it is. However, all of them have an common basis of commercial integrity requirements and professional knowledge. Diamonds are traded based on trust; those who break their word are out for good across the whole world.

Gabriele Pendini often travels during the year, together with his wife and daughters, to select each diamond from one to two hundredths to up to ten or more carats. 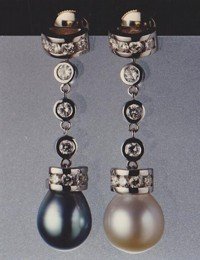 After the hard selection and purchasing of the precious stones, the long process to reach a finished jewel that shines in the window begins. Initially it was his wife, Carla, who was in charge of creating all of Salvadori’s jewellery. For her, it was important to enhance the beauty of their precious stones that were of such high quality.

Diamonds of all shapes like sapphires, rubies, emeralds, Australian, Tahitian or Japanese pearls and corals were the soul of Salvadori’s Jewels. In the past yellow gold, geometric shapes, animal figures and coloured stones were preferred. The history of the Salvadori jewel passed through the 70s, the innovative 80s and the 90s, reflecting the taste of each era, of a historical period, while remaining immortal in their elegance and their use. 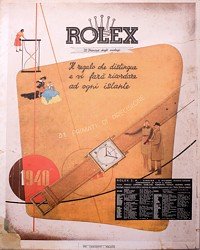 Nowadays, all of Salvadori jewellery production is carried out by designer Marzia Pendini. Since 2000, she has started to enrich the collection with new and original collections, such as the Metamorphosis Collection. This collection includes jewellery that can be transformed and therefore allows the customer to have multiple objects in one. Over the years, Salvadori has gone from using yellow gold to white gold, of the best quality alloyed with palladium, to rose gold. However, nowadays, most of the production is made in platinum, the only material worthy of holding important stones because it is pure. It is rarer than gold and remains unchanged over time having a natural white brilliance. The factor which led Salvadori to choose a production that prefers platinum is the high technical skill required to create a jewel. It allows for exclusivity and skill in execution.Salvadori has increasingly specialized in diamonds, becoming a Diamond Atelier where the jewels, starting with the design are hand crafted to adorn the modern woman perfectly. A dynamic, independent and passionate woman. The historic shop then moved to the most beautiful square in the world, St Mark’s Square. Over time, it expanded, with three stores near each other in St Mark’s and one in Vicenza. 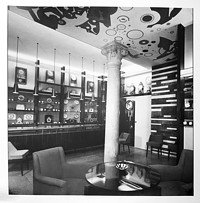 The company’s values have been passed down to the next generation, and today, daughters Marzia and Monica complement one another in their work. On the one hand, artistic director Marcia Pendini has creativity and, on the other, Commercial Director, Monica Pendini, a graduate in oriental languages and civilizations, has the expertise and professionalism. Thanks to their studies and kindness, they manage to overcome distance and make customers who live halfway around the world feel at home. They establish relationships and ties with what Salvadori values most: its customers.

This website uses technical and profiling cookies (our own as well as third-party cookies) in order to improve your browsing experience. By clicking OK or continuing to browse, you are consenting to the use of cookies. If you want to learn more about it or opt out of all or some cookies, please click INFOOKINFO